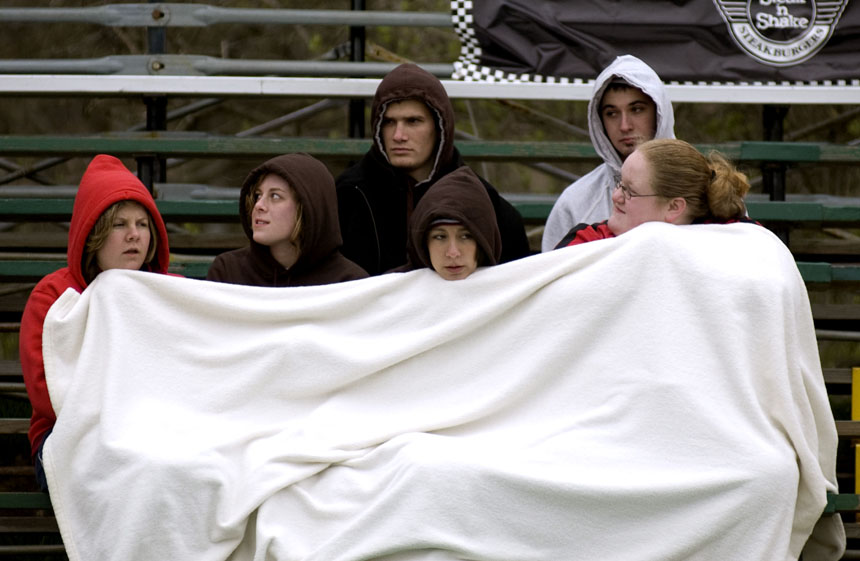 Fans try to stay warm during the Men's Little 500 race Saturday at Bill Armstrong Stadium. Temperatures dipped into the 40s during the race.

There’s a lot of hype going into this year’s Little 500 race because of the possibility of showers on Friday and Saturday. This could affect both men’s and women’s races depending whether they are rained out, pushed back, or postponed to another day. Regardless of the weather, I’ll be ready. If it does rain, it won’t be the first race I’ve shot in the rain.

One day removed from a surprise visit from then-presidential candidate Barack Obama, the 2008 men’s race kicked off with 40-degree temperatures and fickle rain. It made for a miserable day for what fans attended the race, the riders and members of the media in the infield covering the event.

In my four years at Indiana University-Bloomington, this was the second and last time I covered the race for the Indiana Daily Student, the school’s campus newspaper. 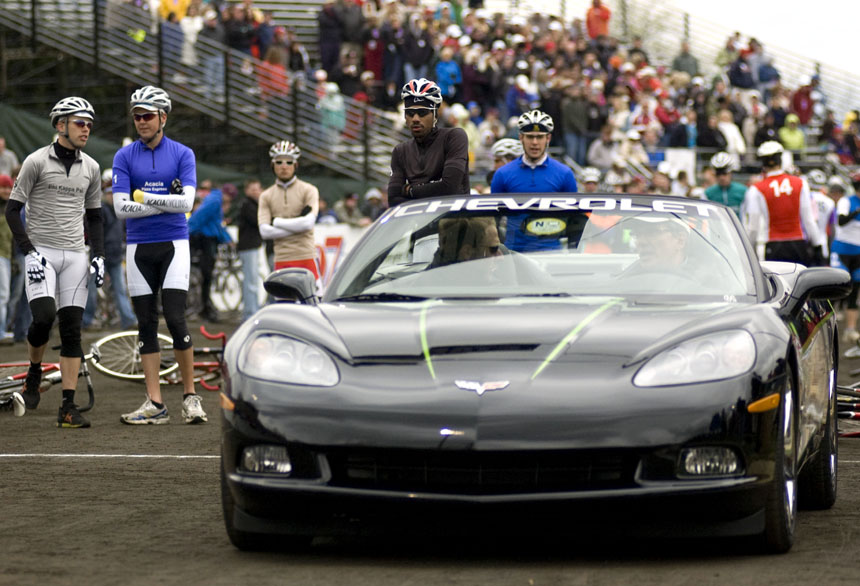 Riders try to stay warm as the pace car gets ready to roll off the starting grid during the Men's Little 500 race Saturday at Bill Armstrong Stadium. 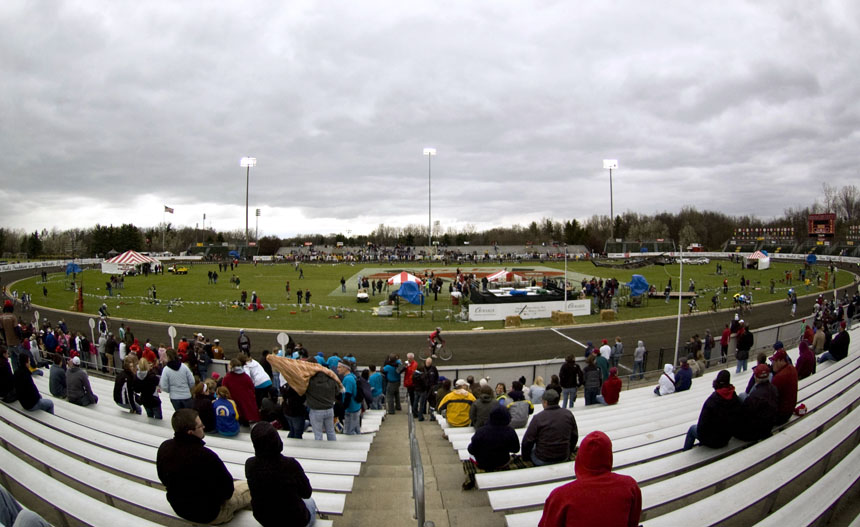 Fans file into Bill Armstrong Stadium during a warm-up session before the race on Saturday. Turn out was substantially lower this early because of cool temperatures and fickle rain.