With Indiana firing football coach Bill Lynch on Sunday, I thought I’d leave you with a shot of the coach from last season. This is a frame I took at a school pep rally last year as Lynch addressed a crowd of incoming freshmen. It’s one of those “alone in the spotlight” kind of images that I tend to make from time to time. I have to admit I have quite a few Lynch shots. The coach has been on the hot seat for a few years now. When I was the photo editor at last year. He led the tour and held doors open for us as we went in and out of the new offices and rooms. Jim Tressel and Bret Bielema wouldn’t hold a door open for you. 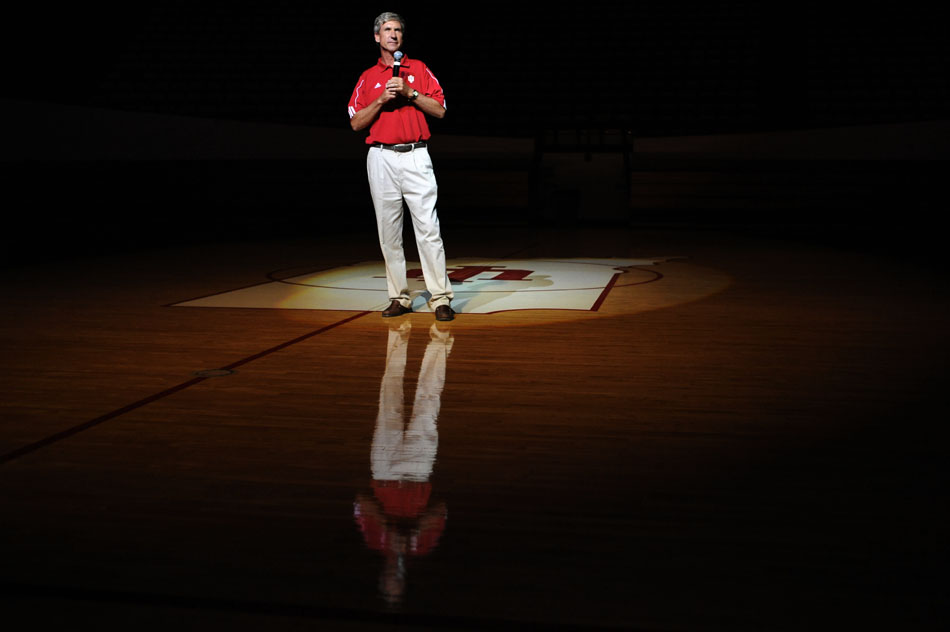 Indiana football coach Bill Lynch speaks to a group of freshmen during the Traditions and Spirit of IU pep rally on Friday, Aug. 28, 2009, at Assembly Hall.