I was tasked with shooting South Bend’s downtown fireworks show to run on A1 of our Fourth of July edition. The biggest challenge was that I was told I had to shoot a vertical. Originally I was hoping to shoot horizontally and incorporate the fireworks backdropped against the South Bend skyline. I scrapped my horizontal idea and found a vantage point on a pier along the river looking back towards the launching point. During the show, I prefocused my camera across the St. Joseph River to the east bank and sat it as close to the water as I could to get the reflection. 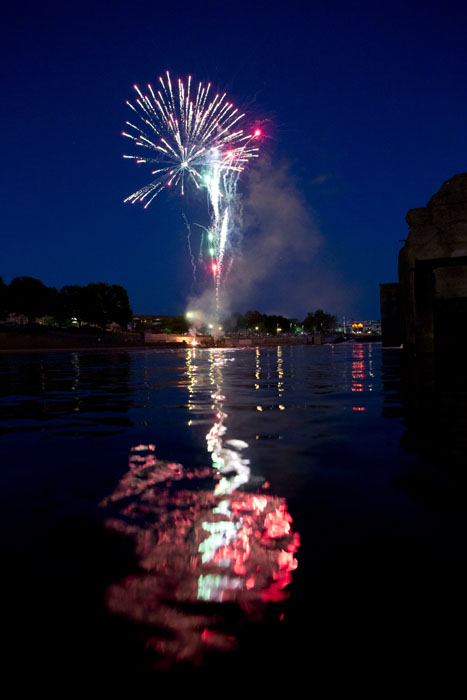 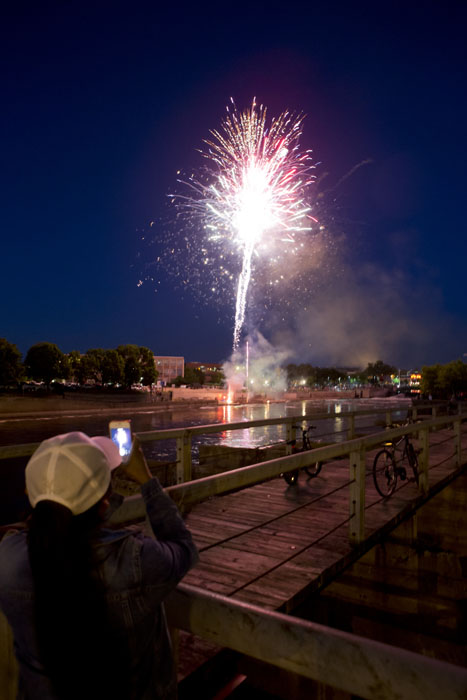 On the evening of June 25, 2009, I was sitting in my South Bend apartment watching CNN when the news broke that pop singer Michael Jackson – a native Hoosier – had died. I got a call a little while later from Brad Zehr and Carrie Schedler, colleagues from the Indiana Daily Student, who said they’d be heading up to cover the story for the student paper. At the time I was a summer photo intern at the South Bend Tribune, but I drove over the next morning to cover the story for the IDS. After I arrived and saw the large number of mourners gathering, I called back to my Tribune editor to tell them I’d have photos for them as well. The scene was surreal. Throughout the day, I saw three or four different impersonators with each one depicting a different Jackson era. Several fans brought Jackson albums and memorabilia. At one point, a City of Gary truck pulled up and a couple workers started trimming the overgrown grass around the house. Although it was strange at times, I was amazed by the number of people who showed up to reminisce about Jackson at the childhood home he hadn’t lived in for decades.