Maybe I’m just in a reflecting kind of mood. I’ve got less than a week left in Austin so while I’ve been reflecting about my internship experience, I made a couple images today featuring reflections. This wasn’t something I set out to do, and I didn’t realize the connection until I was looking at some photos in Photo Mechanic a few hours after the shoots. The first image below is from a factory that manufactures the glass used to make touch-screen devices. Oddly enough, as I rolled up for the shoot, “Your Touch” by the Black Keys started playing in my car. Almost as weird as the time last summer when I went to the scene of a shooting and “Happiness is a Warm Gun” started playing. 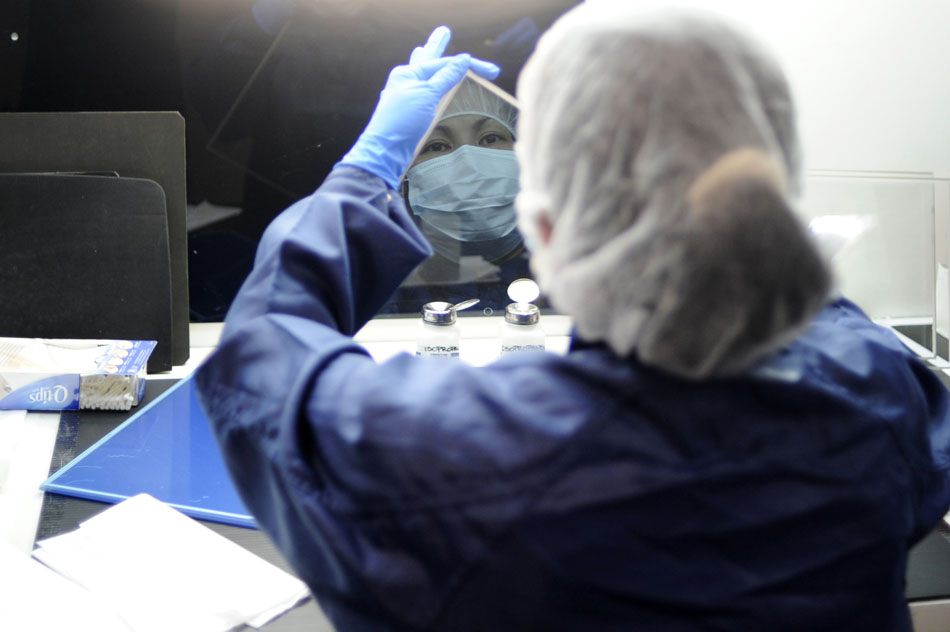 A worker cleans off the surface of a piece of glass that will be used in a touch-screen device at Touch International on Thursday, Aug. 5, 2010. 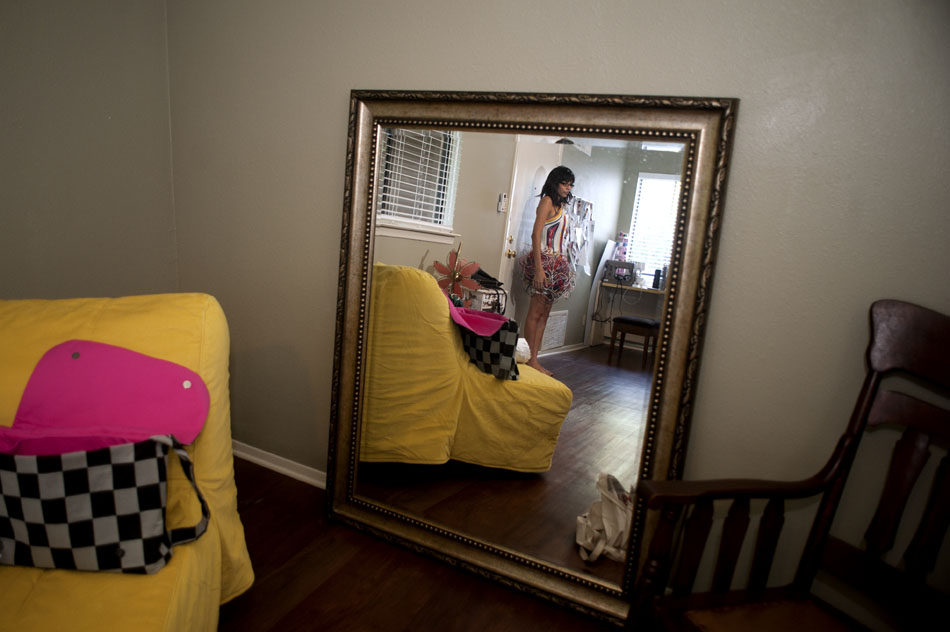