After a day in the snow and cold weather on Sunday, I retreated today to the friendly confines of some of the darkest gyms in the world … or at least it seemed that way. I shot a large boys and girls basketball tournament over in Bloomington, Ill. This first game was in the morning and the second game was a few hours later. It ended up being one of those hurry up and wait kind of days along with my second consecutive work day were I logged 11 or more hours on the clock. For all the stuff I shot, my three favorites came in the second game. I got a little creative (bored) and tried some panning since there were some bright spots of color in the background. 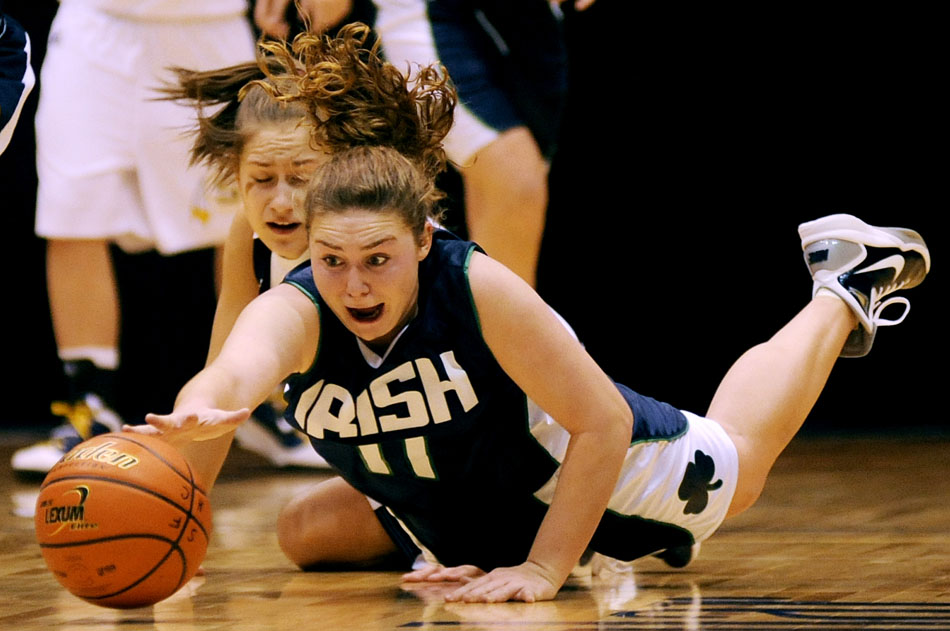 Peoria Notre Dame's Katie Schuler dives after a loose ball during a game against Sterling in the State Farm Holiday Classic on Monday, Dec. 27, 2010, in Bloomington, Ill. Notre Dame won 52-44. 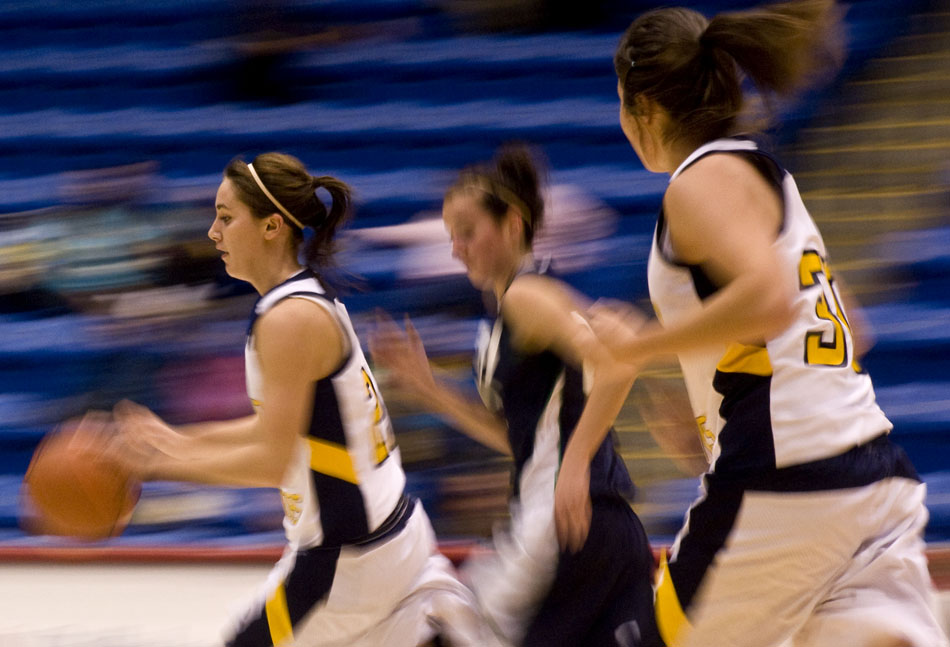 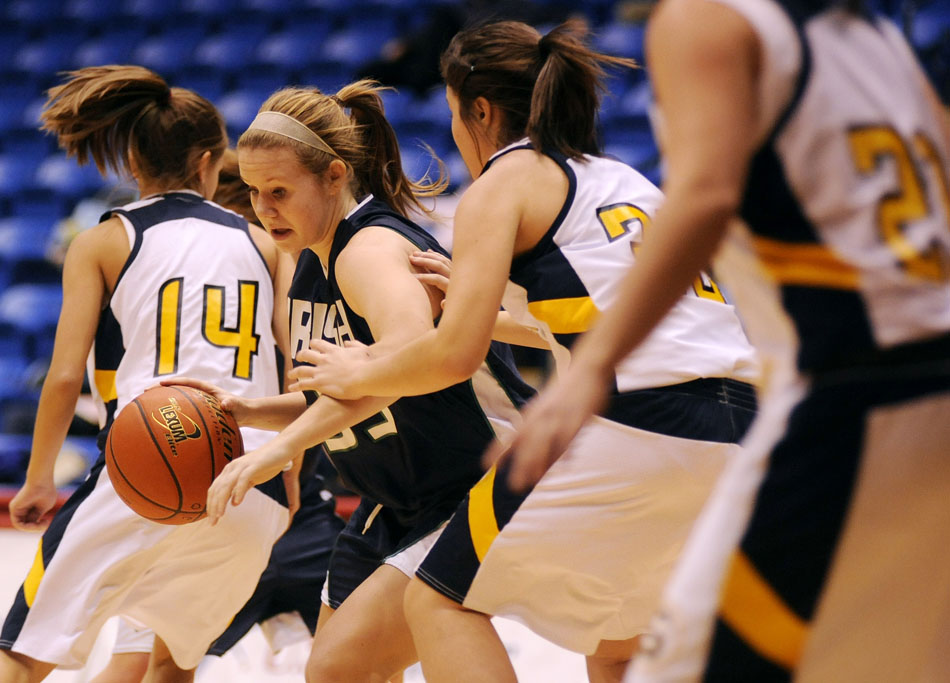 Peoria Notre Dame's Jenny Coughlon navigates through the Sterling defense during a game in the State Farm Holiday Classic on Monday, Dec. 27, 2010, in Bloomington, Ill.