Guess it’s fitting that my first and last assignments of 2010 were sports. The paper had an extremely early deadline for color photos this evening (8 p.m.) so I unfortunately couldn’t stay longer than the first period. When possible, I always try to stay to the very end of sporting events to give myself more opportunities to make pictures. As I was leaving, the team scored two goals. Just my luck. 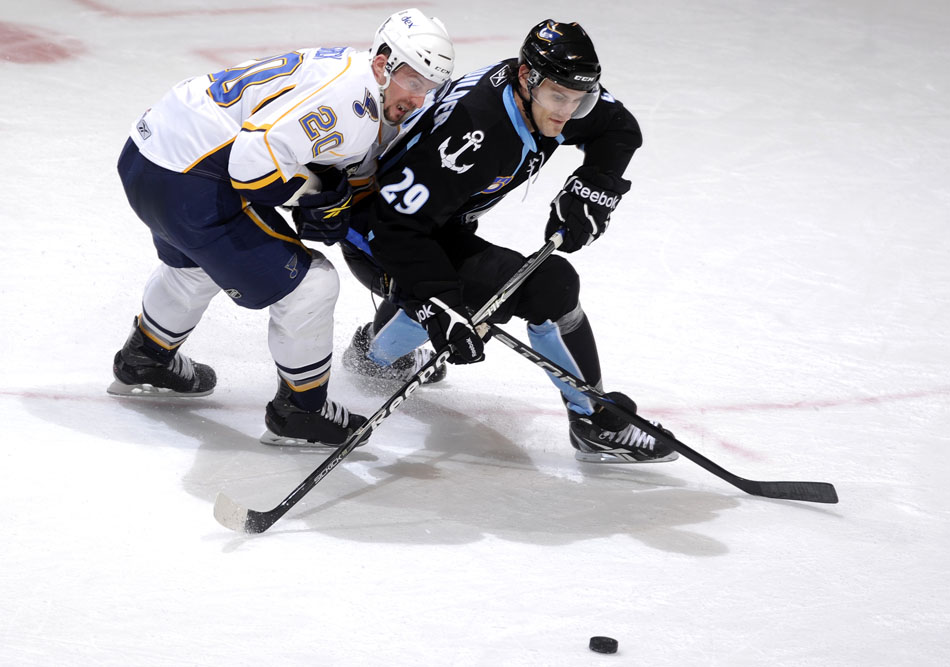 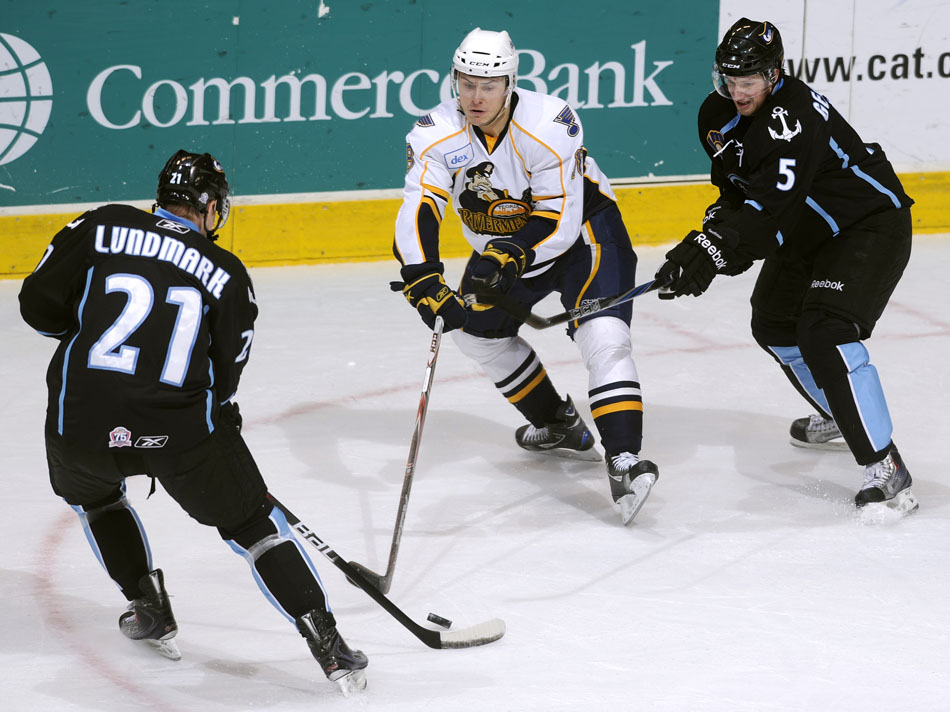 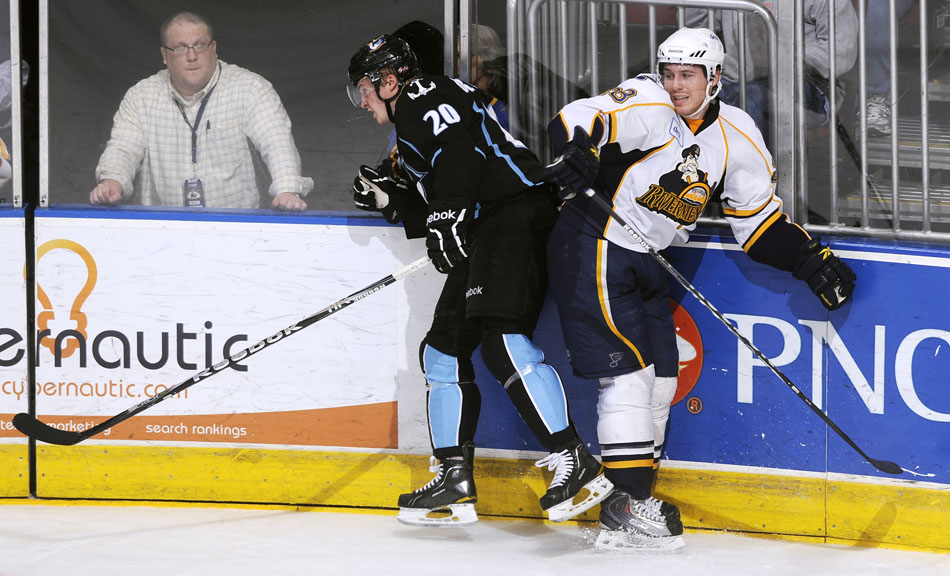 Peoria Rivermen defender Ian Cole reacts as he collides into the boards with Milwaukee Admirals right wing Mike Bartlett during a game on Friday, Dec. 31, 2010, at Carver Arena. 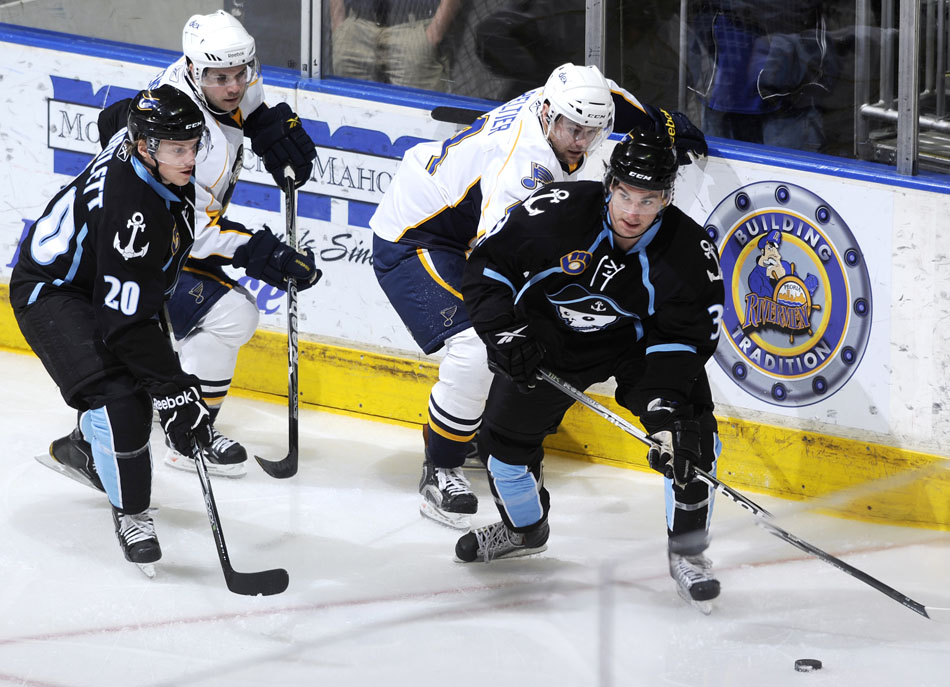 Milwaukee Admirals defender Roman Josi, right controls the puck during a game against Peoria on Friday, Dec. 31, 2010, at Carver Arena.