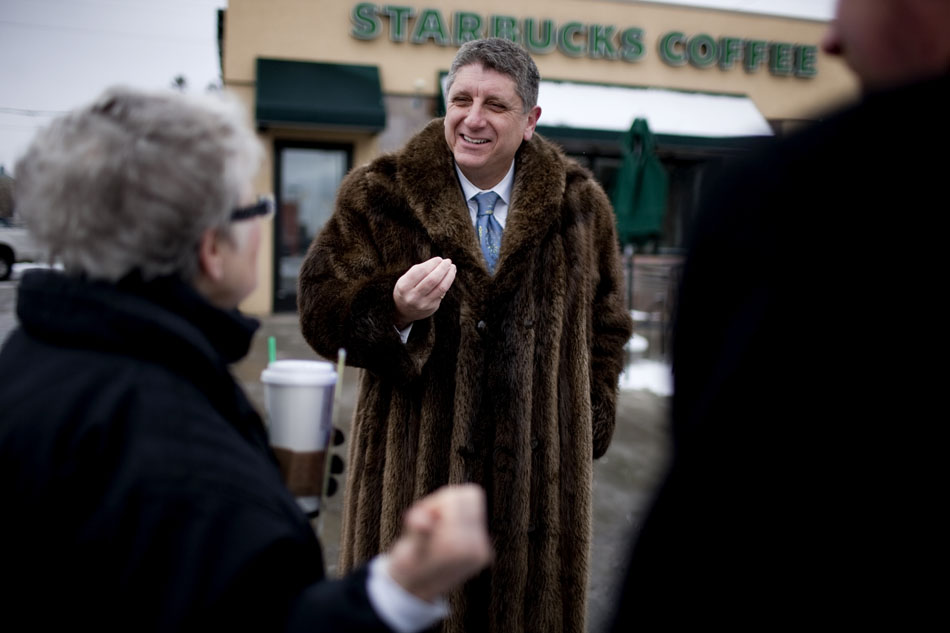 Anti-abortion activist Randall Terry campaigns on Tuesday, Jan. 24, 2012, outside of the downtown Cheyenne Starbucks. Terry is planning to air graphic anti-abortion television ads during this year's Super Bowl in several states, and hopes to split enough support for President Barack Obama among evangelicals and Catholics to unseat the president. "I think history will record that during the general election I will cause the defeat of Barack Obama," he said. (James Brosher/Wyoming Tribune Eagle)