Jackie Young is arguably the best basketball player – boys or girls – in the state of Indiana. I had the opportunity to photograph her for an ALL USA TODAY basketball player of the year candidate feature last week. It became clear how good she is as soon as I walked into the high school and saw her game jerseys framed on the wall outside of the gym. She doesn’t graduate until the end of May. In January, she broke Indiana’s all-time high school scoring record previously held by Damon Bailey. Next season she will play at Notre Dame.

I had not shot a “sportrait” (sports portrait) in a while. This assignment reminded me of a weekly feature we would shoot in Wyoming featuring high school athletes called “Prep Athlete of the Week” where we would conceptualize and photograph a sportrait on the fly. A special thanks to Princeton athletics director Jason Engelbrecht and girls basketball coach Charles Mair who were awesome and went out of their way to help me get everything set up for the shoot. 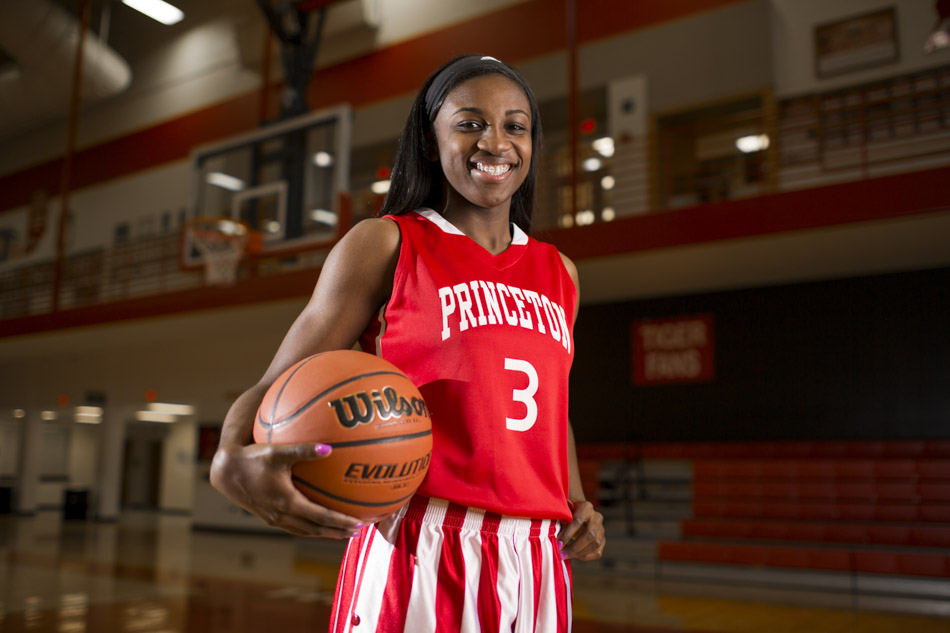