Thursday night just before sunset, I grabbed some camera gear and hit the road west towards Greene County. Having seen several photos of the Comet NEOWISE online and on the front page of the local newspaper, I did not want to miss out on an opportunity to (attempt to) photograph the celestial object.

Earlier in the day, I had consulted a light pollution map to find an ideal viewing position. The Tulip Viaduct in Greene County has been on my “to drone” list for several years, but I had never been there. Completed in 1906, the 2,295-foot bridge stands 157 feet above the ground and is quite a spectacular sight in the daytime – or so I’m told. From the map, it seemed like a decent place to see the comet in the northwestern night sky. I knew I had picked a decent viewing spot when I arrived. After parking my car along a gravel county road, I could not see much on the ground with the naked eye. The stars shimmered wonderfully overhead.

Using the Night Sky app on my iPhone, I was able to locate the general vicinity of the comet in the sky. A test shot with my camera of the night sky helped me zero in on its actual location. Using the Canon EOS R‘s flip screen and 10x digital magnification I was able to manually focus on the comet’s blue-green dot shining from some 70 million miles from Earth. I used a Canon EF 24-70 mm f/2.8 to capture wider shots with the viaduct and road in the frame and a Canon EF 70-200 mm f/2.8 for the tighter shots. Originally I had toyed with the idea of taking a 300 mm f/2.8 lens with various teleconverters, but in hindsight I’m glad I did not. The 70-200 mm lens was plenty and the 300 mm lens would have been overkill.

I’ve always been fascinated by space, but even more so in this crazy year. I wonder if the public fascination with Comet NEOWISE is envy on the part of all of us who would much rather be spending our 2020 on an icy, dusty comet instead of here on Earth. 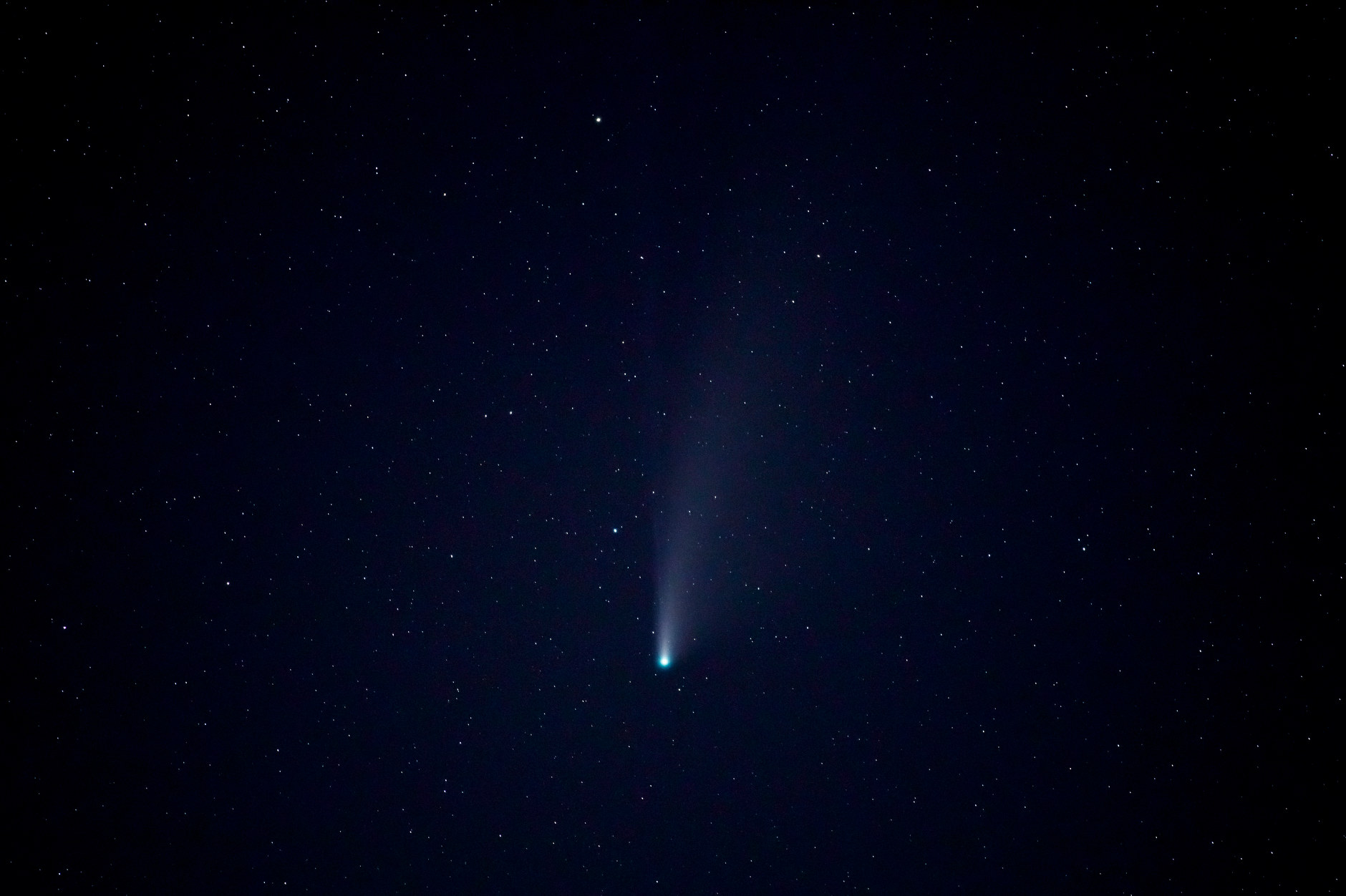 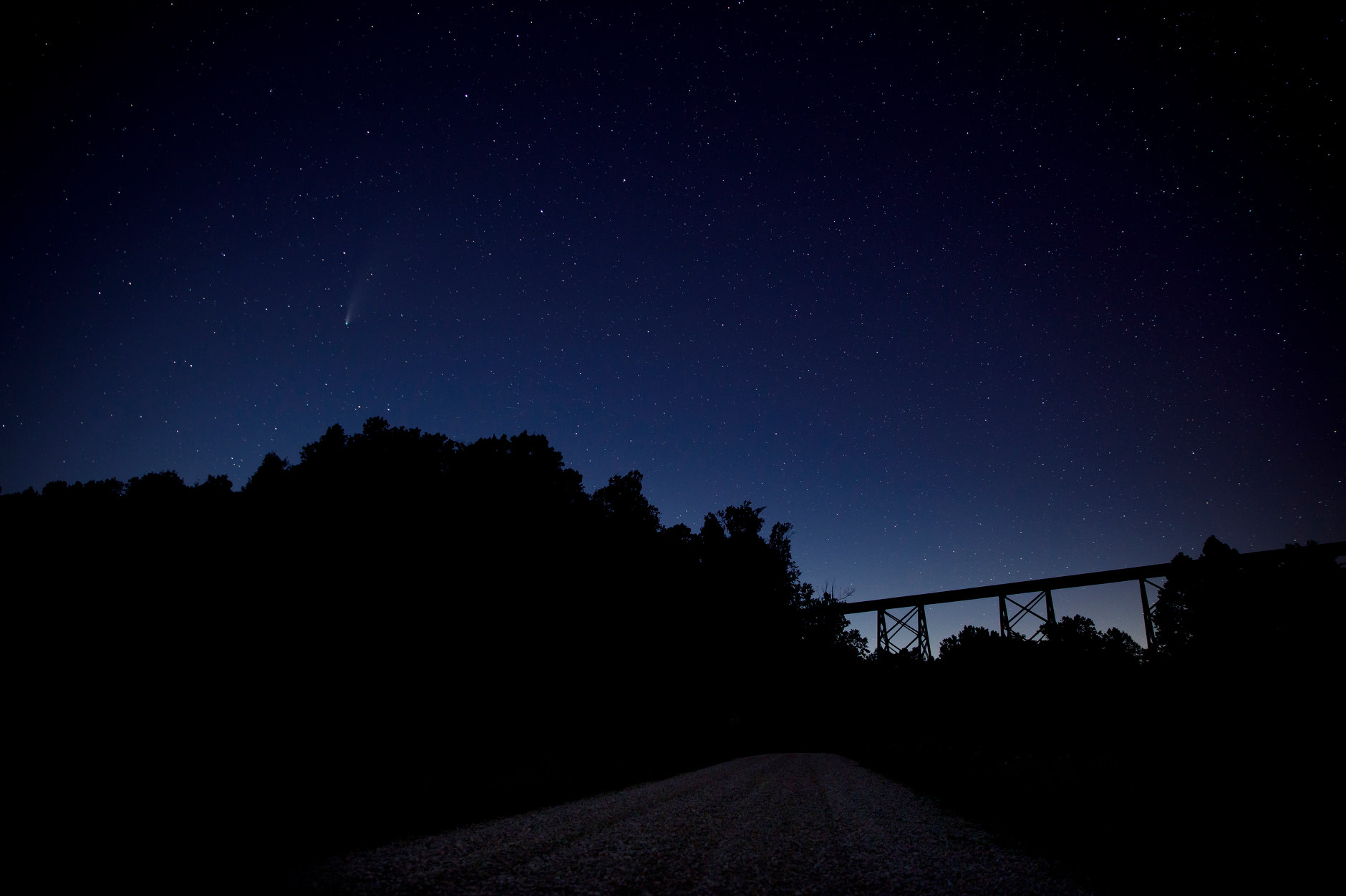