Last month I spent some time one afternoon photographing Debbie and Phil Carter at their farm in rural Vigo County, Indiana not far from Terre Haute for The New York Times. The article told the story of some people who have benefited from the Affordable Care Act’s regulations in regards to pre-existing conditions. Thanks to health care changes made under the ACA – also known as “Obamacare” – Debbie received a liver transplant after being diagnosed with a bile duct disease. Because of rain, the Carters were working in their barn for most of the time I was with them. After I finished shooting, I chatted with them for close to an hour. I grew up in a rural farming community in Indiana, but I hadn’t photographed on a farm in several years. It was a nice change of pace to get out in the country away from Bloomington and Indianapolis for a shoot. 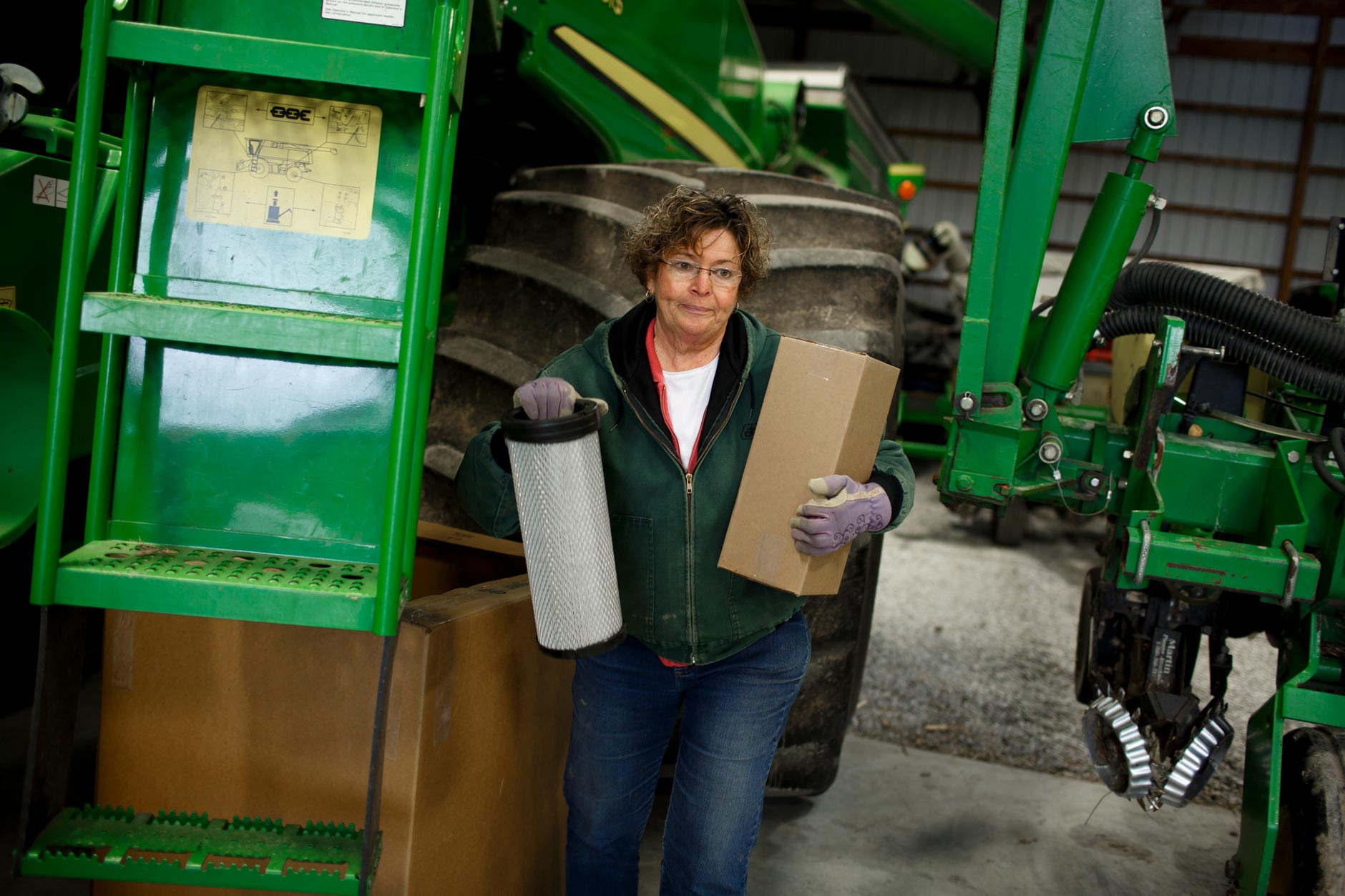 Stymied by a rainy day during planting season, Debbie Carter looks for a filter as her husband Phil, not pictured, performs maintenance on one of the couple’s farm tractors on Monday, May 1, 2017, in rural Vigo County, Ind. Debbie Carter received a liver transplant after being diagnosed with a bile duct disease thanks in part to changes made under the Affordable Care Act. “We would have lost the farm,” she said. (James Brosher for The New York Times) 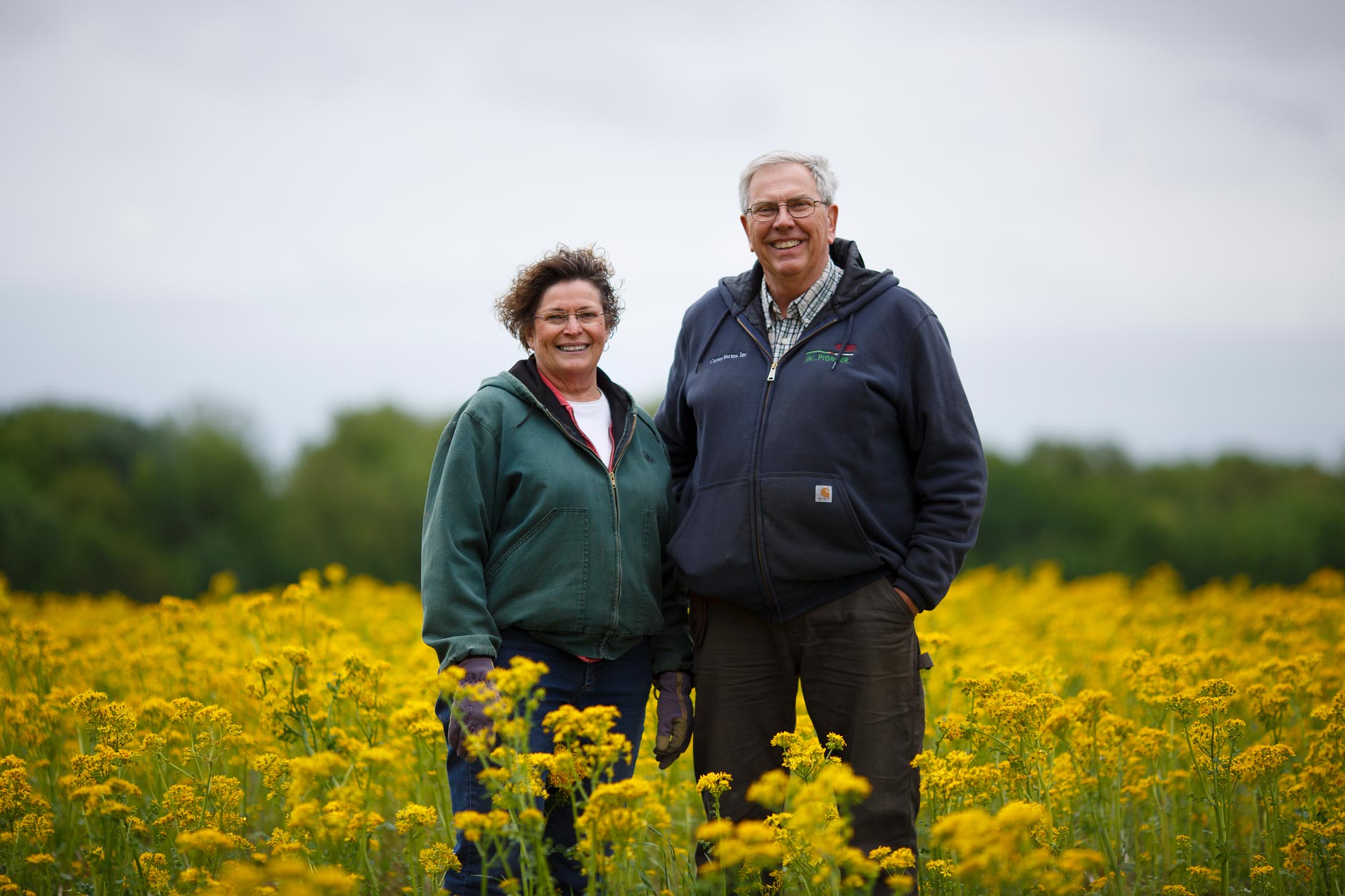 Debbie and Phil Carter stand in a field of butterweed on Monday, May 1, 2017, on their farm in rural Vigo County, Ind. (James Brosher for The New York Times)

Patient surveys and the opioid epidemic

I spent a few hours back in June shadowing Dr. S. Michael Keller, the emergency room director at Marion General Hospital in Marion, Ind. The photos were for a story in The New York Times about patient satisfaction surveys and their effect on the opioid epidemic. Under the Affordable Care Act, hospitals’ Medicare reimbursements were tied to patient satisfaction surveys. The idea of this was to encourage quality care, but many health care professionals argue the surveys incentivized doctors to prescribe powerful and potentially addictive painkillers such as opioids to patients in order to score well on the surveys. Marion General bucked the trend by cutting opioid prescriptions, leading to a drastic drop in the patient satisfaction surveys. 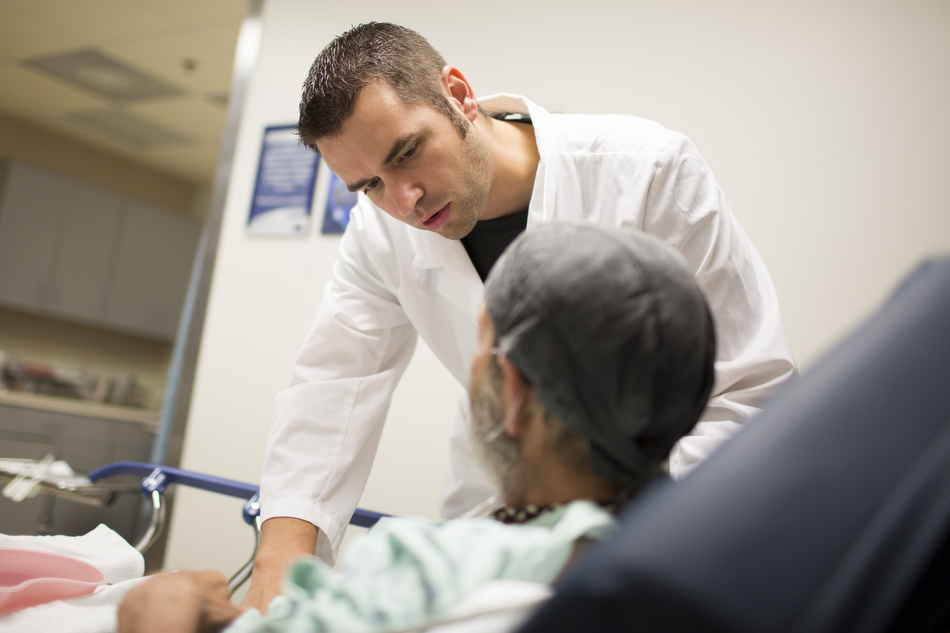 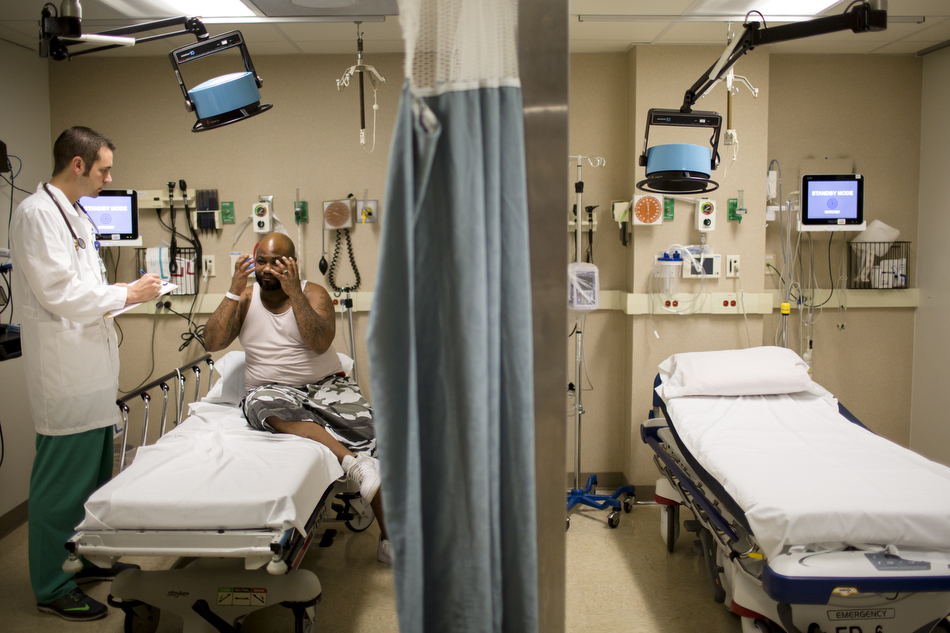 Last month I photographed Dr. Pardeep Kumar, an internist in Terre Haute, Ind., for a story in The New York Times about a new medical coding system that went into effect on Oct. 1. The new system, ICD-10, is causing health care providers anxiety because it will change the fundamental way they describe illnesses and injuries in their computer systems. As Dr. Michael R. Marks, a Connecticut orthopedic surgeon, describes it in the story: “On Oct. 1, we will be speaking a new language. It’s like switching to German, after speaking English for 30 years.” 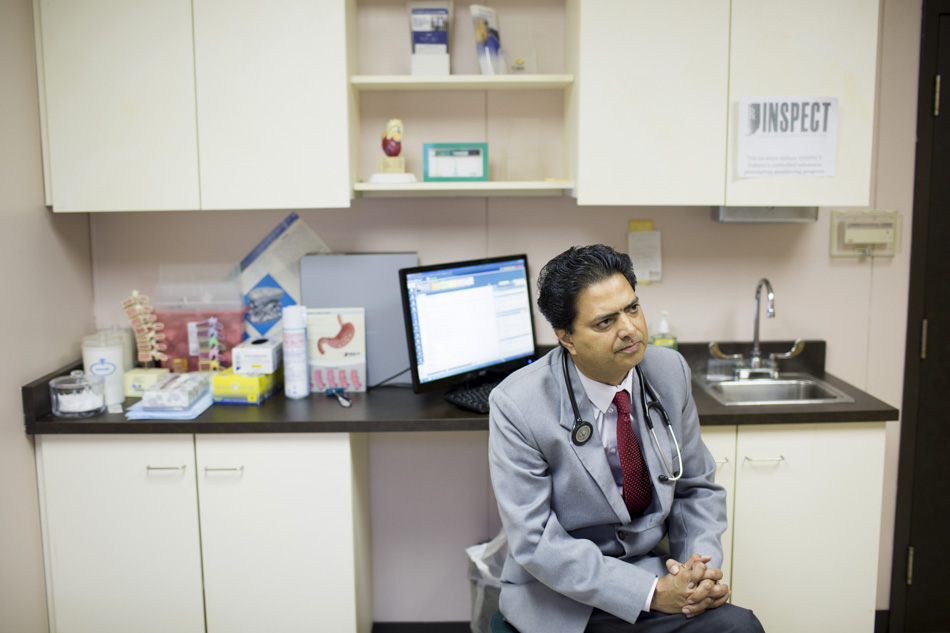 Dr. Pardeep Kumar listens to a patient before a check up on Wednesday, Sept. 9, 2015, in Terre Haute, Ind. Kumar and doctors nationwide are preparing to switch to a new medical coding system, ICD-10, for tracking diagnoses on Oct. 1. (James Brosher for The New York Times) 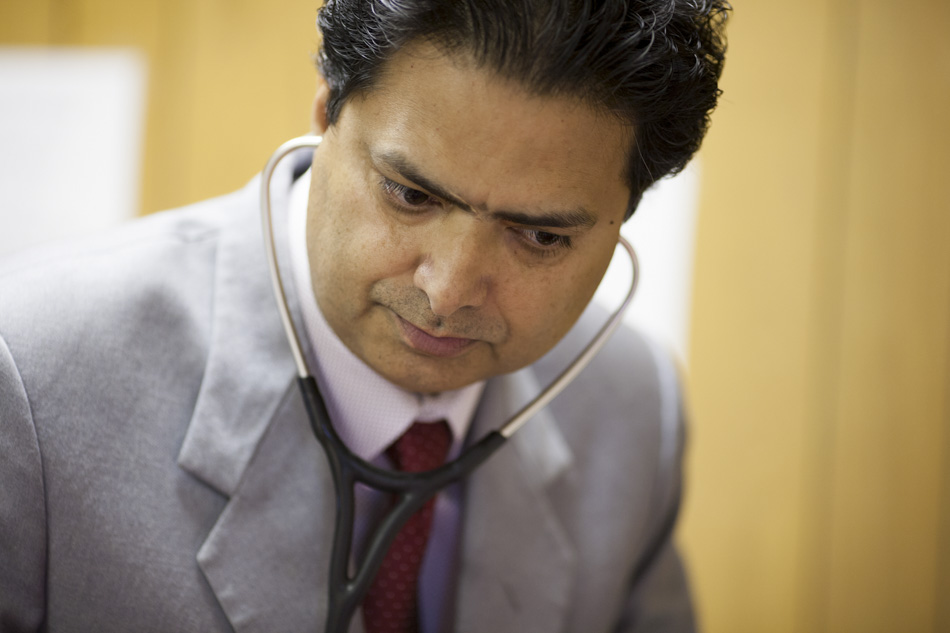