Last month, I spent part of a day photographing Greg Gaver for a series of stories in the South Bend Tribune. Greg suffers from Prader-Willi syndrome, a genetic disorder that stems from an abnormality of the 15th chromosome. The disorder has several symptoms, but the most prevalent is a constant sense of hunger. If unchecked, this can lead to binge eating and disorders associated with it such as diabetes and extreme obesity. Caregivers – oftentimes parents – must keep ever-present control of food for people with PWS, meaning that  food pantries and refrigerators are often kept locked. To illustrate the story, I photographed Greg along with another family in Michiana (which I will post soon as well). I appreciated Greg and his family’s openness to allow me to photograph him for the story, and I hope our series helped to shine a light on the disorder. 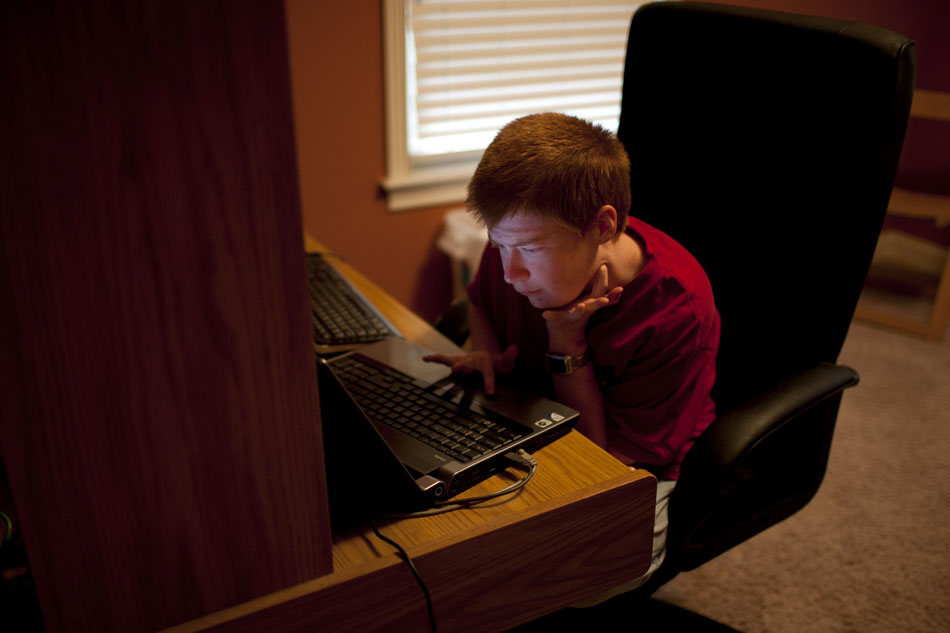 Greg Gaver leans in as he watches a country music video on YouTube on Wednesday, April 25, 2012, at his Granger home. Gaver, 21, suffers from Prader-Willi Syndrome, a debilitating condition that makes him have an intense craving for food. (James Brosher/South Bend Tribune) 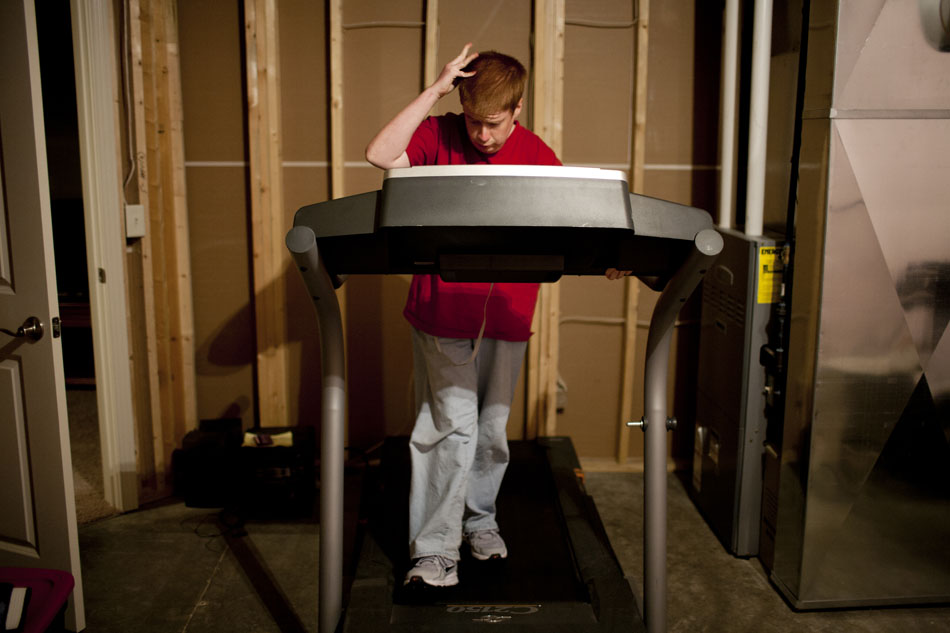 Greg Gaver walks on a treadmill in his family's basement on Wednesday, April 25, 2012, in Granger. Gaver, 21, usually exercises everyday for 30 minutes to help with his Prader-Willi Syndrome, which makes him have an intense craving for food. If not kept in check, the syndrome can lead to extreme binge eating and obesity related conditions such as Type 2 diabetes, according to the Mayo Clinic. (James Brosher/South Bend Tribune) 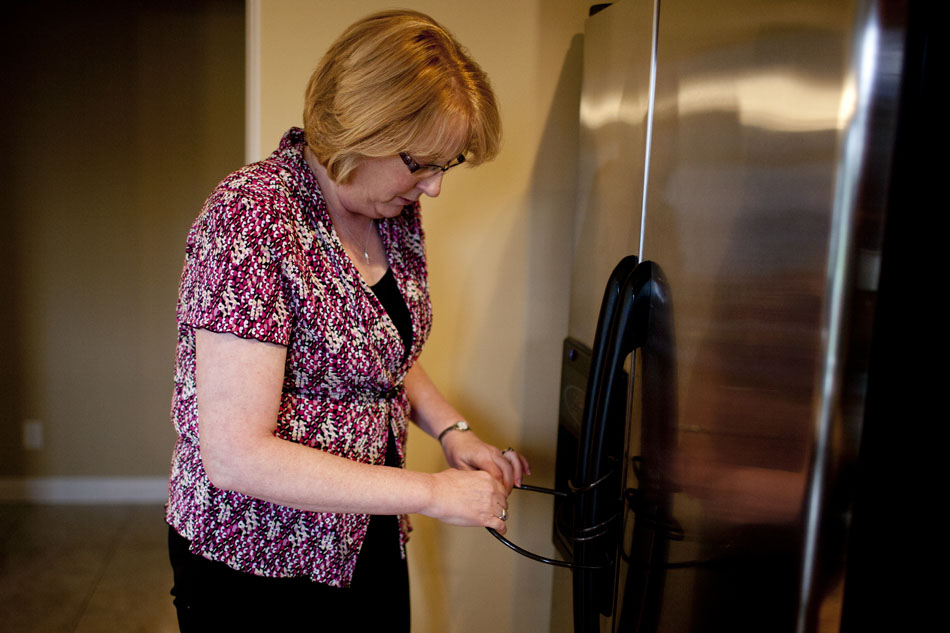 Debbie McKissick unlocks her refrigerator as she prepares to warm up dinner for her son, Greg Gaver, not pictured, on Wednesday, April 25, 2012, at their family home in Granger. Gaver, 21, suffers from Prader-Willi Syndrome which in part gives him an intense craving for food, promoting his parents to keep food in their home locked. (James Brosher/South Bend Tribune) 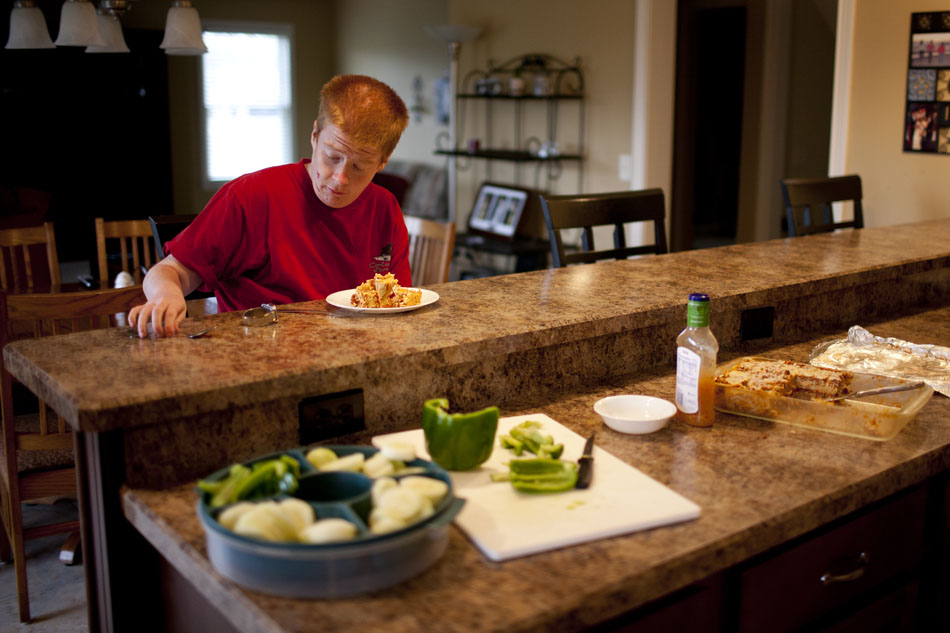 Greg Gaver prepares to eat dinner on Wednesday, April 25, 2012, at his Granger home. Gaver eats separately from the rest of the family in order to avoid stress, conflict and resentment among those who can eat more freely in the family. (James Brosher/South Bend Tribune)