The 2013 Notre Dame football season was my second covering the team. Last season, I was surprised – as I imagine most people were – to see the Irish go 12-0 in the regular season, eventually losing to Alabama in the BCS National Championship Game. As a follow-up to their perfect regular season, the Irish struggled to an 8-4 record and will play Rutgers in the New Era Pinstripe Bowl on Dec. 28. The big difference for me between last season and this season was comfort. I was more comfortable working within the crammed confines of Notre Dame Stadium because I was more accustomed to it and knew my way around the stadium. After checking it out last year, I used the photo deck of the stadium on a few occasions this season to find interesting and unique angles. I would be lying if I didn’t mention probably the biggest difference though: gear. This summer our staff upgraded me from a Canon EOS-1D Mark III to a Canon EOS-1D X. This made a huge difference. With the 1D X, I was better able to capture peak-action moments I often missed and/or back focused last season with the 1D Mark III. Despite Notre Dame’s disappointing follow-up to their title-game berth, it was a fun season for my colleague Robert Franklin and me. 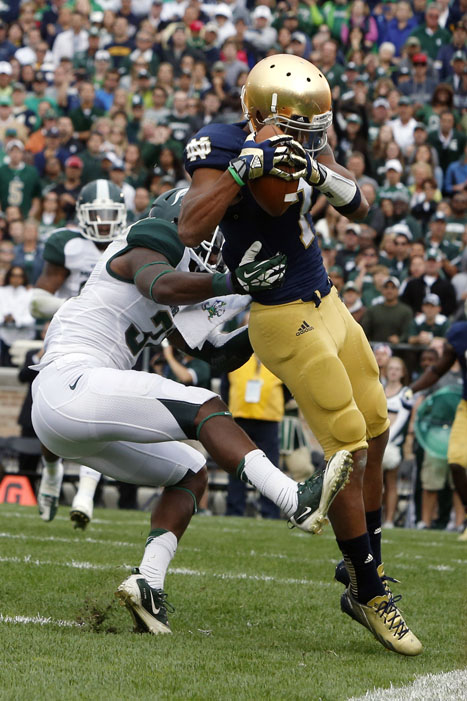 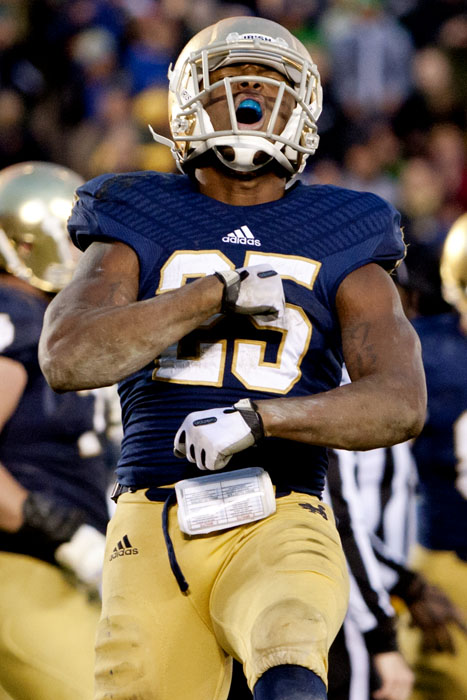