On the Fourth of July, I was sent out to the St. Joseph County 4-H Fair to shoot features. Quite literally the first thing I spotted after the reporter and I parked was a group of kids having an elaborate water fight in the cow wash stall. I lucked out because I didn’t realize it was a tradition for the members to have a big water fight after they are done competing. As they say, it’s better to be lucky than good. I got wet for the first frame below, but it was totally worth it. 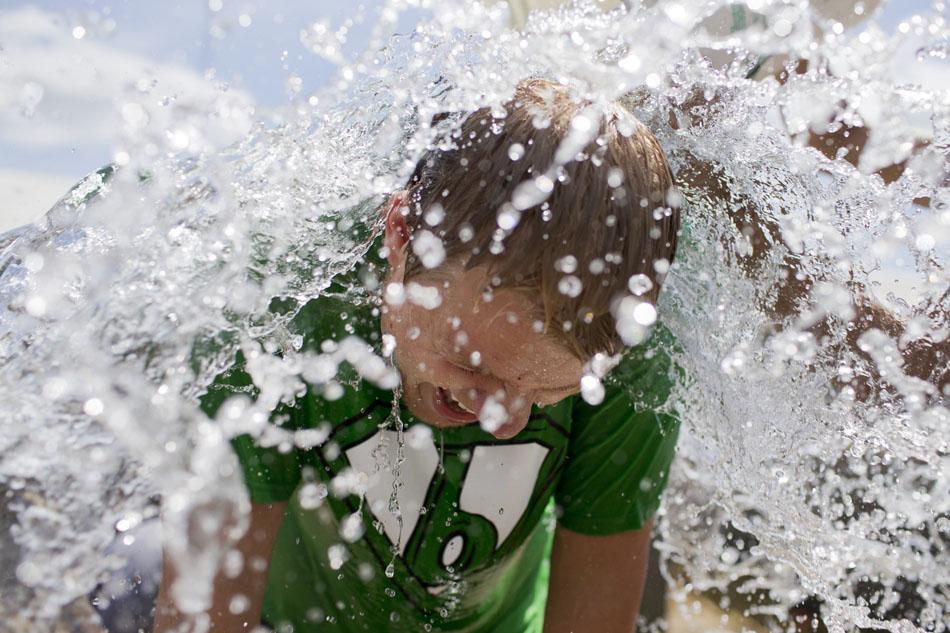 Taylor Lizzi, a 10-year 4-H member from Bremen, reacts as a bucket of cold water is dumped over his head during a water fight in the dairy beef club’s wash stalls during the St. Joseph County 4-H Fair on Friday, July 4, 2014, in South Bend. Several club members took part in the water fight, marking an unofficial end to 4-H competition at this year’s fair. (James Brosher/South Bend Tribune) 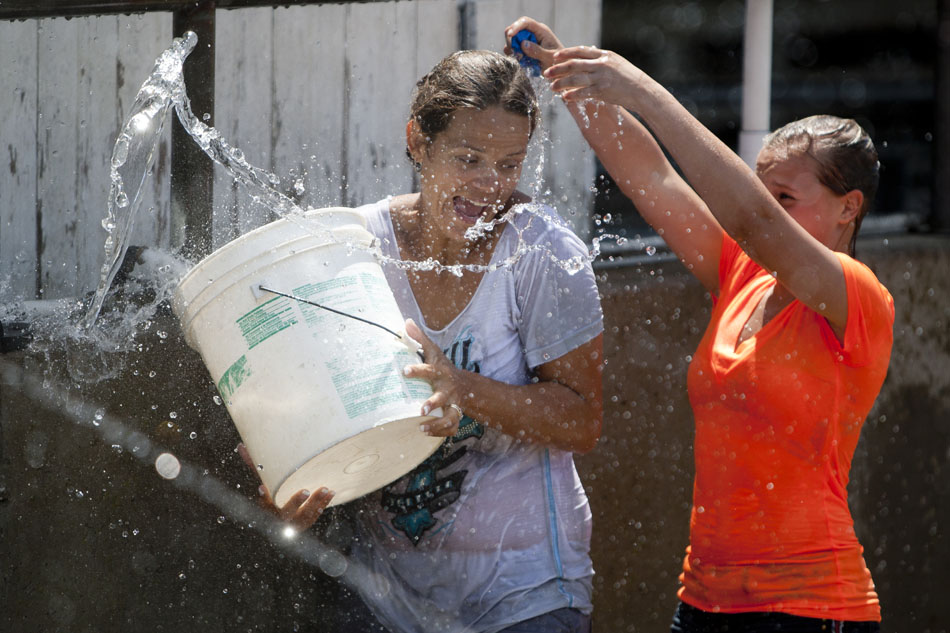 Sandy Moser, a parent of a 4-H dairy club member, reacts as Emily Bickel, right, pops a water balloon over her head during a water fight in the club’s wash stalls at the St. Joseph County 4-H Fair on Friday, July 4, 2014, in South Bend. (James Brosher/South Bend Tribune)