Back in the summer, I was tasked with showing Indiana University’s iconic Student Building clock tower in a new way for an IU Communications project. I lucked out and happened upon this beautiful evening. This photo was actually an outtake. It was a shot I wanted to get just before landing the drone, but it ended up being my favorite from the entire shoot. It’s an example of shooting something for myself just for the sake of personal creativity after I’ve gotten “the shot” the client wants. 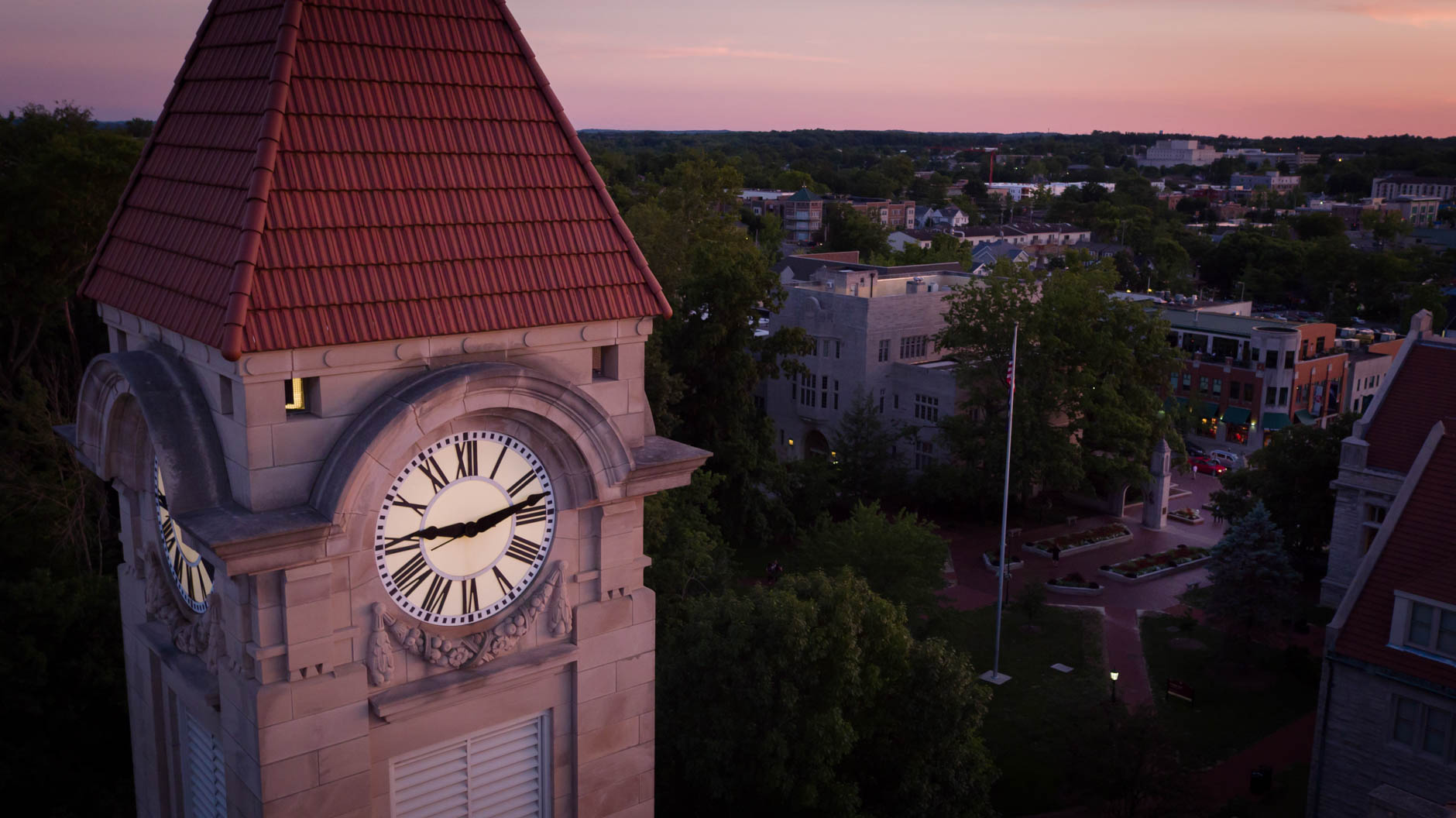 The IU student building is pictured on a summer evening on the Indiana University Bloomington campus on Tuesday, June 27, 2017. During a building renovation in 1990, hot welding coals sparked a late-night fire completely destroying the tower and a number of custom-made bells from the Netherlands. (James Brosher/IU Communications)