During the past couple weeks, I’ve had the opportunity to pursue an idea staff photographer Robert Franklin and I came up with a few months ago: bring musicians into the South Bend Tribune to perform – and film the entire thing. We were inspired by NPR’s Tiny Desk Concerts and a couple other similar projects. It was/is a crazy idea, but we are now rolling full steam ahead on it thanks to the support of a great group of editors at the Tribune. In my two years at the Tribune, this is the most excited and creative I’ve ever felt about a project. Here is the first video I edited together for the Press Play series: 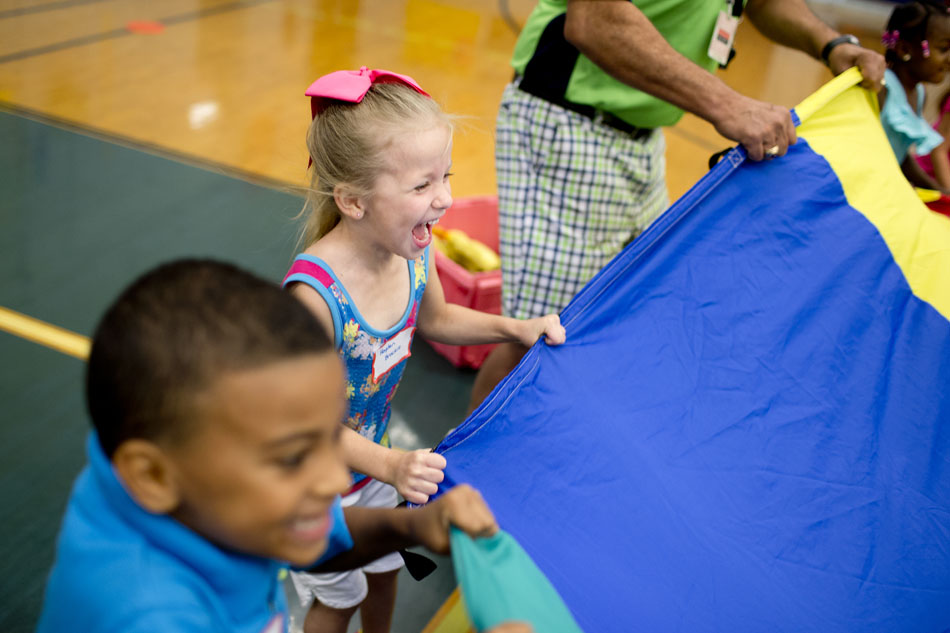 Kindergartener Hayden Brockie, center, shares a laugh as she and classmates play with a parachute in a Physical Education class during the first day of school on Wednesday, Aug. 21, 2013, at Walt Disney Elementary School in Mishawaka. Wednesday was an orientation day for Kindergarteners and their parents. Normal classes will begin for Kindergarteners on Thursday. (James Brosher/South Bend Tribune) 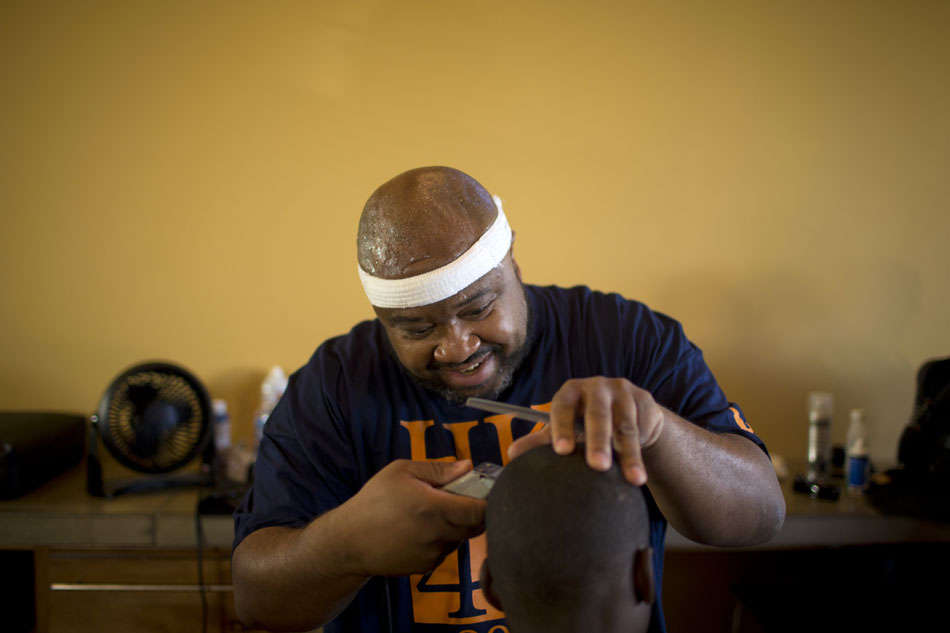 Barber Roosevelt Green Sr. works up a bit of a sweat as he works on styling a boy’s hair on Monday, Aug. 19, 2013, at the Monroe Circle Community Center in South Bend. The haircut was one of several free cuts given as part of the Hair Kutz 4 Kids program to help get kids ready for the start of the school year. (James Brosher/South Bend Tribune) 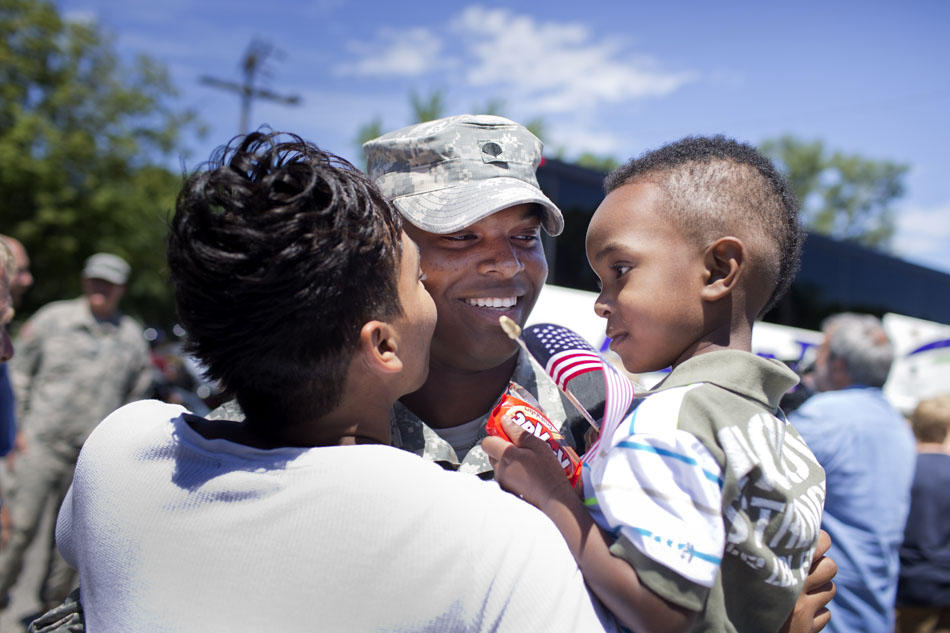 Army specialist Bryan Cureton shares a hug with his son, Jordan, 2, and wife, Brittany, after returning with fellow soldiers in the 428th Military Police Company on Wednesday, July 24, 2013, at the Army Reserve Center in South Bend. The U.S. Army Reserve unit has been stationed in Guantanamo Bay, Cuba for the past year. (James Brosher/South Bend Tribune)

As is the case at a lot of newspapers across the country, our photo staff is being pushed to do more and more video projects. It’s been a bit of a learning on the fly situation for me as I had not shot video previously at my last job or on internships after college. When I first started at the Tribune last February, my videos were not very good, but I’ve been trying to push myself to increase both the quality and visual sophistication of my “quick hit” videos. Earlier this week, I recorded Anaya Jolie performing a couple of her original songs for a feature to run in our Sunday paper. While this isn’t exactly a polished MTV music video (they still show music videos right?), it’s a big more visual than our usual videos. For the first time I used video lights and more than one Canon 7D to shoot details as she performed. Baby steps … baby steps.

For a few months, I’ve been working on a picture story about Isaac Salas, a Cheyenne South High School wrestler who broke his C1 and C2 vertebrae in a practice on Nov. 17, 2010. In the months that followed his accident, the Cheyenne community came together to raise money for Isaac as he recovered in Craig Hospital in Englewood, Colo. Isaac continued to make steady progress in his recovery and returned home from the hospital on Aug. 4. Less than a month later on Sept. 3, Isaac died following a procedure to pulverize urinary tract stones blocking his catheter. Here is an audio slideshow I put together with some of the pictures I took of Isaac and his family.

Sights and sounds from SEWIPA Powwow