Tonight I drove up to Pennville, Ind. to take a few engagement shots of my friends Josh and Jessica who are getting married at the end of the month. I used a Nikon SB-600 fired using PocketWizard Plus II units for the shots. I wish I had a softbox to diffuse the light a bit more, but since I didn’t I used a simple speedlight bounce diffuser and set the zoom at 24 mm. Here’s a few of my favorites from the shoot: 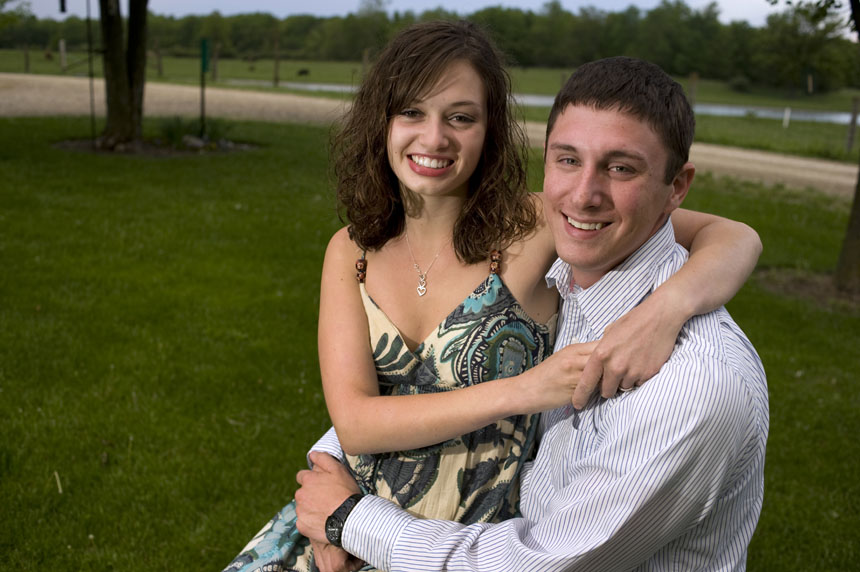 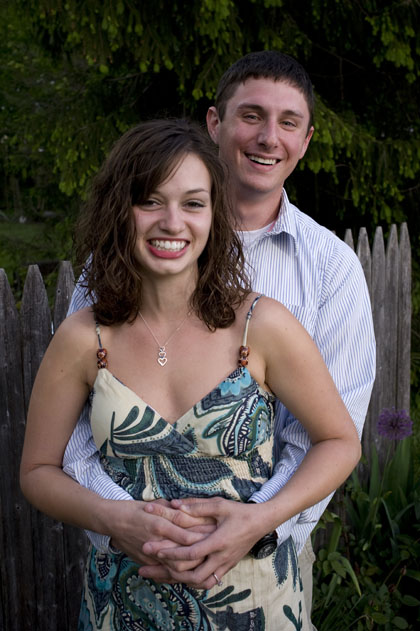 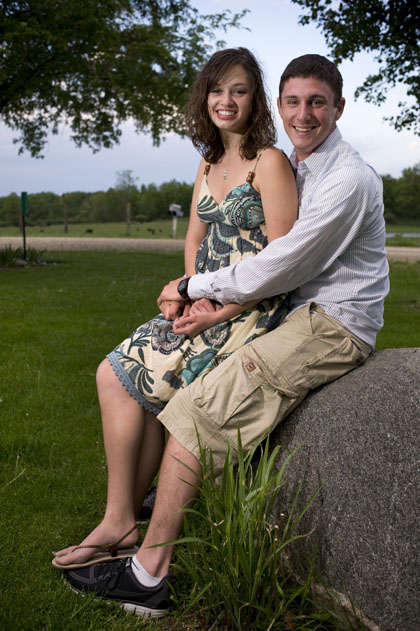 END_OF_DOCUMENT_TOKEN_TO_BE_REPLACED

I don’t shoot lit portraits often, but it’s a pretty cool assignment when they come up every once in a while. Recently I shot a sportrait (sports portrait), above, for the Bloomington Herald-Times. It’s a local player who was named the area’s girl’s basketball player of the year. They needed a shot for the cover of a special section containing stories about all the players of the year.

One of the primary reasons I don’t shoot these often is because I was taught to shoot everything ambient when possible in college. In addition to this, I don’t own a nice set of studio lights, and for most of my college career I haven’t had access to a set. Luckily for this shoot, I was able to borrow a set of Alienbee B800 heads, stands and soft boxes from my roommate/lighting expert Zach Hetrick.

A day before the shoot, I started thinking up some ideas and talked with a few fellow photogs before heading out to photograph the assignment. Originally I had hoped to incorporate some of the ambient gymnasium light into the shot, but eventually I decided to just blast at full power in order to get a black background, which would give a designer a place to put a headline on the section front.

The drive there was an hour. It took me about 15 minutes to unload Zach’s equipment out of my truck into the gymnasium. Setup of the lights took another 30 minutes. I didn’t have a test subject so I photographed my coat draped over my photo suitcase to dial in the exposure.

The shoot itself was about 15 minutes. The subject, Stephanie, was very easy to work with and was even nice enough to help me tear down stuff after the shoot. (The school’s softball team was waiting for me to get off the court in order to use the gym for practice.)

Overall I was satisfied with the shoot although I would have liked to try a few different things if I had more time. Here’s a diagram of my lighting setup for the shot on the left:

Here’s a few shots I took for my two best friends who are getting married next year.